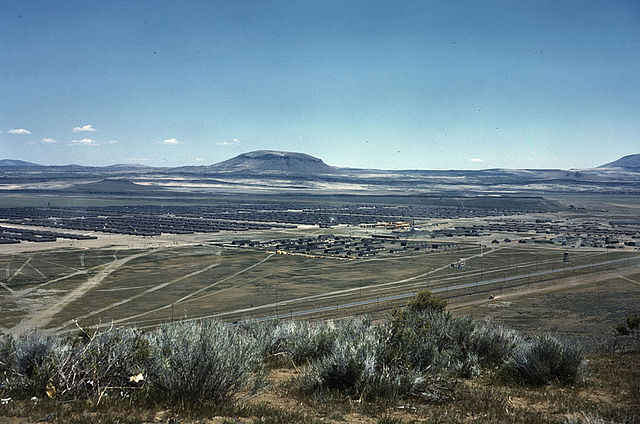 Above image of Tule Lake, circa 1943-44, courtesy of Library of Congress

This blog is Part 9 of a series discussing the internment of Japanese in the United States during World War II. This sequence is meant as an accompaniment to my historical novel, How Much Do You Love Me?

Part 6, “One Family’s Journey to their Internment Camp,” discussed one family’s journey in the spring of 1942 from Bellevue, Washington, to their permanent camp in Tule Lake, California, one of ten permanent camps created for the Japanese in the United States. They got there by way of Pinedale (central California, near Fresno), one example of an Assembly Center used to house internees before the permanent camps were completed. Construction of Tule Lake had begun more than a month before the Japanese left Bellevue.

The Tule Lake War Relocation Center was located in Northern California, it’s post office address Newell, California. Tule “Lake” was a misnomer; to create fertile farmland, the original lake had been systematically drained, starting in 1907. As they disembarked from the train, the internees peered at what again (like Pinedale) looked like a desert, with not a tree in sight. But replacing the 100-degree-plus extremes endured at Pinedale in July were temperatures some fifteen to twenty degrees cooler because, at just over 4000 feet, Tule Lake was 3700 feet higher than Pinedale.

Designed for over 18,000 Japanese Americans, Tule Lake had three times the capacity of Pinedale. Defined by the government as a permanent facility, more thought and preparation had gone into its construction than at the Pinedale Assembly Center, and things were more organized. The tarpaper-covered barracks were the same, but there were more windows. This time the floors were concrete. After a while, plasterboard became available to cover the interior walls, providing some insulation against outside temperatures, dust, and dirt. 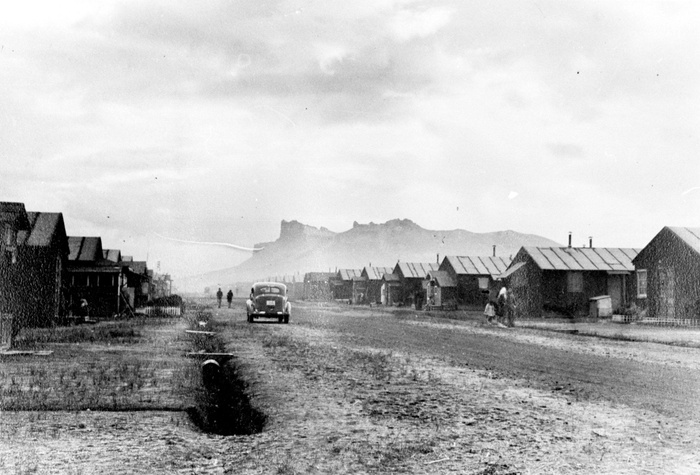 Above image of Tule Lake courtesy of Densho.org.  See note below.

Up next: The Japanese Internment of World War II, Part 10: Life at Tule Lake