The Japanese Internment of World War II, Part 6: One family’s journey to their internment camp

This blog is Part 6 of a series discussing the internment of Japanese in the United States during World War II. This sequence is meant as an accompaniment to my historical novel, How Much Do You Love Me? 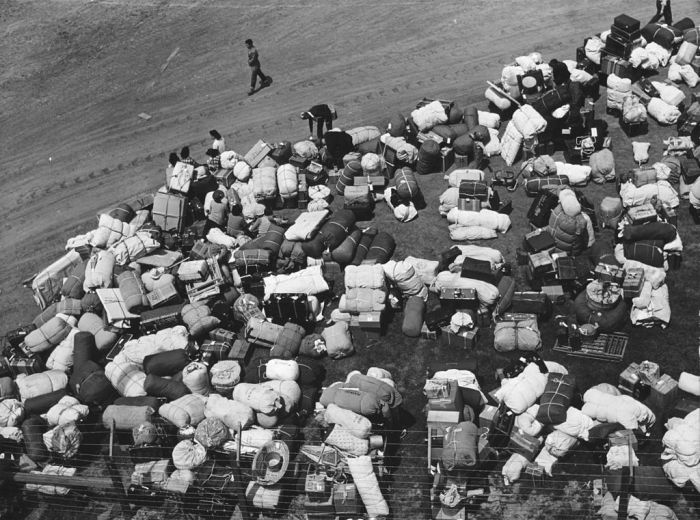 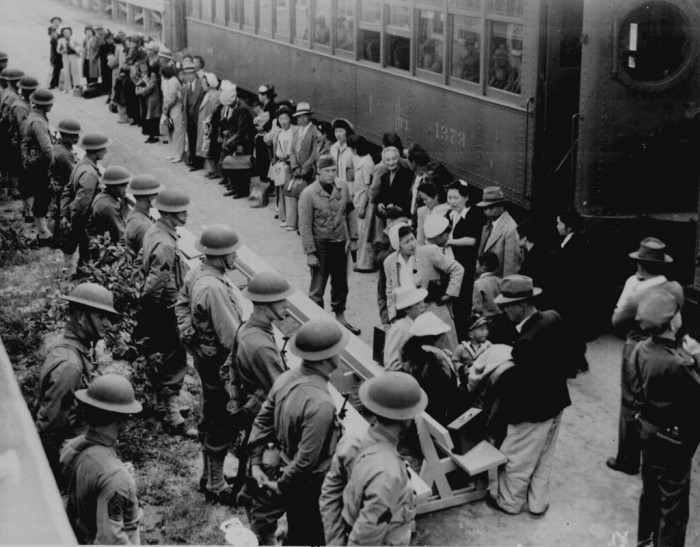 Most internees were transported by train. The above photographs are all courtesy of the Library of Congress. In the first, a young internee, holding her purse and looking worried, waits for transport. The second shows luggage pilling up, and in the third, men, women and children prepare to depart. Note the accompanying soldiers. In my book’s story, the Tanaka family  proceeds from Bellevue, Washington to an Assembly Center, Pinedale, in California. Assembly Centers were temporary facilities used until more permanent camps were completed. Pinedale had been built new but, in many cases, assembly centers were nothing more than community racetracks or fairgrounds. The mere 930 mile trip to Pinedale took four long days–because other trains had higher priority. After a two-month stay at Pinedale, the Tanakas then took another train north to the Tule Lake internment camp.

The train rides were miserable. More than 300 people boarded the train in Bellevue, a train that still burned coal. During the days, temperatures inside the cars were nearly unbearable, even with the windows open. But if the windows were open, black smoke from the locomotive would blow in and coat everyone with soot. To make matters worse, no one would tell them where they were going, leading to speculation and rumor, most of it bad. Incredibly, the accompanying soldiers sported rifles with bayonets, hardly a calming sight to the nervous passengers. On the positive side, as time passed, most soldiers became friendly and helped as best they could. Compounding the discomfort, everyone had to sleep upright on the hard benches, a dangerous proposition. Bumps and jerks were so common that nearly every night someone slid or fell out of his seat while sleeping.

Coming up next: The Japanese Internment of World War II, Part 7: Assembly Centers

Feel free to share this blog. Please e-mail (tag@peoplepc.com) if you have questions or comments.