As noted earlier, to complement the August 12 release of my historical novel, How Much Do You Love Me? I am writing a series of blogs detailing the history surrounding the Japanese internment. In Part 2, I will touch on events occurring the very day of the bombing of Pearl Harbor, from the perspective of the fictional Tanaka family in Bellevue, Washington. What they experienced was representative. 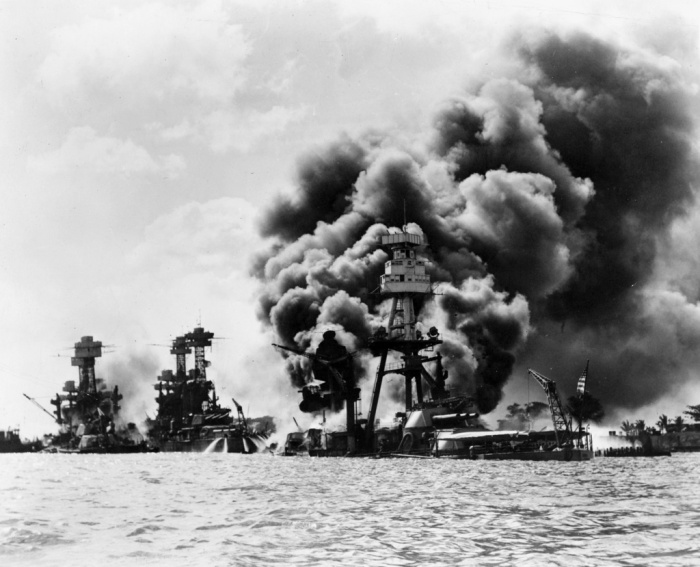 When, on December 7, 1941, on their way home from church, Isamu and his family hear on the radio that Japan has bombed the U.S. Pacific Fleet in Hawaii, he knows instinctively that there’s going to be trouble for his family and other Japanese in the area. The Tripartite Pact of 1940 between Germany, Italy, and Japan had made the FBI suspicious of resident Japanese for some time. He rushes home because he knows what must be done.

Isamu digs out all family possessions that had originated in Japan: an old Japanese flag, family heirlooms and mementos, Japanese documents of various kinds—anything that might be considered an indication of his loyalty to Japan. All of these make their way to the barrel behind the house where they burn trash. All because of a short news bulletin on the radio, these items had abruptly transformed from priceless keepsakes to symbols of potential trouble.

What happens next to the Tanaka family in Washington State was typical. That evening, two men in suits knock on the door and ask to look around. Isamu explains to them that his family is completely loyal to the United States and that, except for a few remaining relatives, they have no contact with anyone from Japan. Although not outwardly threatening, by the time the men finish, they take the family’s Kodak Brownie camera, their radio, a rifle that Isamu used to hunt rabbits, and some dynamite needed to blow up tree stumps.

During the search, Isamu’s wife, Akemi, with little fear, makes her point forcefully. “My four children have all been born here, and they are American citizens. As citizens, they have rights, and you should not be going through their things.” To the family’s chagrin, the men ignore her.

Later that evening, Isamu tries to make the best of it, as he talks to his family. “You can’t blame them. They’re scared. From what we’ve heard on the radio, we must assume that a lot of people died in Hawaii. Everyone’s afraid that the West Coast will be next. And because we’re Japanese, they’re scared of us too. It won’t be long, though, before our neighbors and friends realize that we are as loyal to America as anyone.”

In the weeks and months to come, the Tanaka children discover that their father’s immediate hope would be dashed; worse, they soon come to realize that their U.S. citizenship doesn’t count for much.

Up next: The Japanese Internment of World War II, Part 3: Anti-Japanese Frenzy