Stories from My Life, #1: Remembering my best friend in college, Harriet Emas Nicholson

I decided to write a novel when I was in my late 20s. But I soon realized that I didn’t have enough life experiences to call upon. Two decades later I tried again and began writing short stories, which led me to my first thriller novel, Category 5. Fast-forward through another two decades and two more thrillers, I am still writing, most recently with my historical fiction novel, How Much Do You Love Me?

I have come to realize that, during all those intervening years, I’ve had numerous interesting and life-changing experiences that might be of interest to others. For that reason, I am starting a new blog series called “Stories from My Life.”

What I will present every so often will be short vignettes covering significant events and observations from my life, interesting experiences, or individuals who have impacted me greatly. The choices I make will be random and have no obvious order. In this first story, I take you back almost fifty-two years, to the fall of 1963 to introduce you to the person who would become my best friend for the next five years, Harriet Emas. What happened afterward, none of us would have ever predicted. 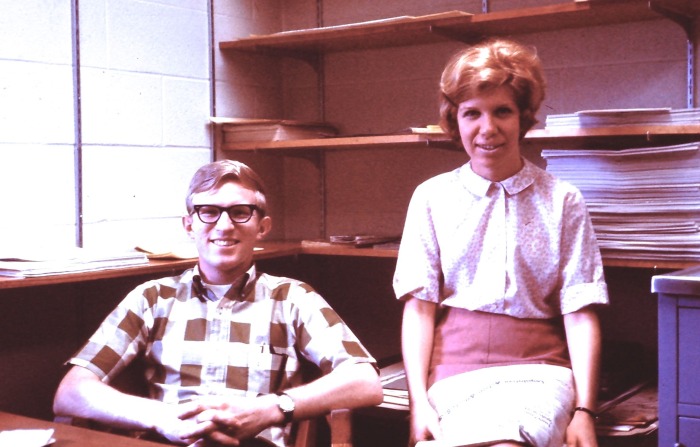 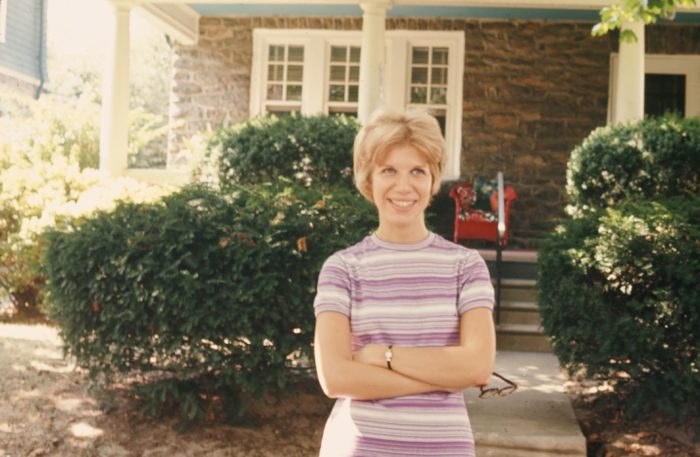 It was the fall of 1963 when I started college at Penn State as a meteorology major. When I arrived, I had just completed a summer working as a Student Trainee for what was then the Weather Bureau. I had spent the summer painting weather shelters around the Washington, DC area. To my good fortune, I continued that summer job for three more years (in Harrisburg, PA).

My first year at Penn State was difficult, but I adapted and things got better with time. I became acquainted with my fellow meteorology classmates, one of whom was Harriet Emas. Surprisingly, we hit it off. I say this not because there was anything unusual about Harriet, but because I’m amazed that she had the patience to put up with me. She always treated me well; I can’t remember an instance when she said anything to upset me.

Now before you go thinking ahead where you shouldn’t, I need to tell you that romance was never an issue because Harriet already had a steady boyfriend, Joe, who also attended Penn State. In fact, later on, Joe became fiancée Joe; I remember her proudly showing me her engagement ring. Perhaps it was because of this very arrangement that our friendship developed as it did.

For the next five years, we attended classes together, privately critiqued professors, took notes when the other couldn’t attend a class, and helped each other with classwork. But beyond that, we just talked. A humorous event occurred early on. Some words I picked up suggested to me that Harriet was not Protestant. And so with my usual tact, I asked, “Harriet, are you Jewish?” She said yes. Now you need to understand my perspective. I had just moved from a small WASP-ish town about two hours away, and about the closest I had knowingly come to a Jew (other than some new professors at Penn State) was the picture of Jesus Christ hanging on the wall behind the altar of our Lutheran church. To top it off, if I haven’t already convinced you of my naiveté, here is what I said next. “Harriet, I didn’t realize that any Jews had blond hair.”

I’ll fast-forward to the spring of 1968 when the above photograph (of Yours Truly and Harriet) was taken in one of our offices. Not long afterward, Harriet and Joe married (she became Harriet Emas Nicholson), honeymooned in Puerto Rico, and moved to Philadelphia, where Harriet soon had a job (as a meteorologist) with General Electric. By then, we had both graduated with a BS in meteorology and were working towards an MS. In August I left Penn State and started work for the Navy in Norfolk.

For the next several years we communicated mostly by letter. Joe had gone to Temple University and had passed the bar exam. I did visit Harriet in Philadelphia once. I remember her proudly pulling away stick-on wallpaper in the kitchen to show what she and Joe had accomplished. After another year at Penn State in 71/72, I headed for California for my new job.

By early 1974, I was becoming worried because I hadn’t heard from Harriet in several months. I wrote a letter urging her to write forthwith, but heard nothing back. I finally called her in Philadelphia. Joe answered the phone. I asked if I could speak to Harriet. He asked who was calling. He then told me that Harriet had died the previous fall. She had been pregnant for the first time and came home early one day from work, not feeling well. They ended up going to the hospital where she passed away. The best anyone could figure, he said, was that a clot had broken loose and killed her. I couldn’t believe it. She was just 28 years old!

From my viewpoint, that’s the story of my best friend, Harriet. I miss her and imagine that if she were alive today, that we would still be the best of friends.

Up next: Stories from My Life, #2: Grandparents from Russia, the Depression, and Costco Blueberries