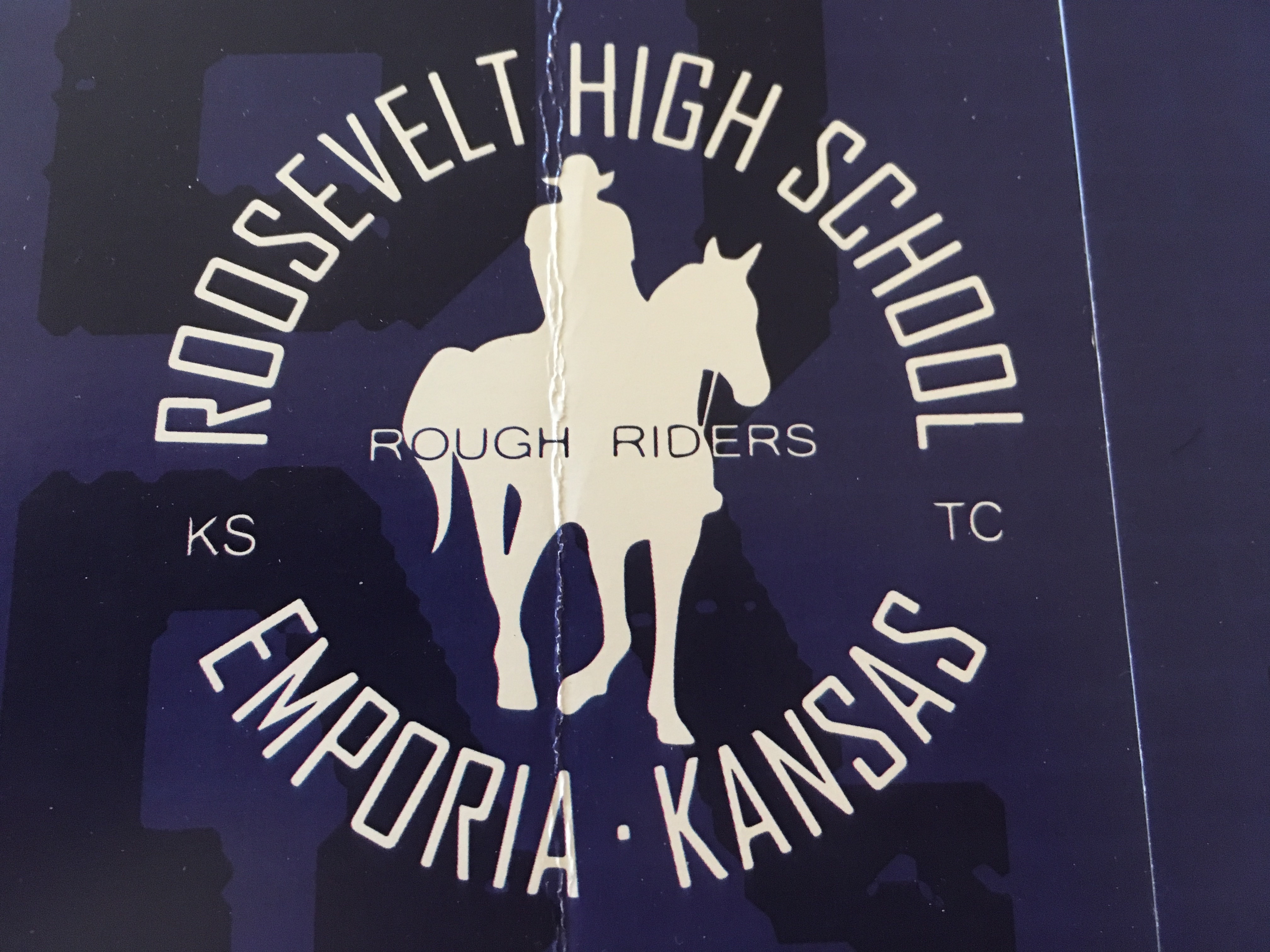 My wife—AKA Becky—went to her high school reunion: rah-rah!
to which she invited me, avoiding hints of complicity. (ha ha)
To Kansas City on Southwest Airlines, via Las Vegas on the way,
we eventually arrived in Emporia, Kansas, all on the same day.

I learned that Becky’s school was not of the ordinary,
but a laboratory school and, as such, rather extraordinary.
Roosevelt High—that was the name—began so in 1920,
lasting for fifty years, a good stretch, until ending in 1970.

A laboratory school, so special, innovative teaching techniques,
exploring ways to reach students, recognizing each as unique.
Accessing special instructors, even a swimming pool, so cool,
the ratio of students to teachers small, thus easier to rule.

Friday’s daytime party, hosted by Claudia and John, their gift,
was agreed to be the Class of ’68 weekend highlight, a notable lift.
Saturday featured a banquet for all graduates of Roosevelt High,
food from Olpe’s Chicken House, memorable eatery to all—sigh!

A highpoint for Becky was giving a keepsake to Coach Slaymaker—
the banquet’s featured speaker, who delivered a veritable haymaker.
Becky bequeathed her basketball, to be enshrined for local display,
a memory from when she was her school’s Courts Queen. Hurray!

From Becky’s class of thirty, I met twenty and tried to blend,
with Bev at alphabet’s beginning to Tom bringing up the end.
Twins Donna and Ronna did bridge a whopping gap in between,
perchance arguing they’d homesteaded fifteen letters of nineteen.

So what did I make of that weekend’s bustle, such activity to relish,
as I observed friendships rekindled, heard stories ripe to embellish?
Many pictures were taken, documenting that weekend so memorable,
reflections of those intervening years long past, too often ephemeral.

Much had transpired in those in-between years—defined as the past,
when times were simpler, no iPhones existed, and life wasn’t so fast.
As I watched Becky revel, renewing old bonds with nary a misgiving,
‘twas like a time machine had returned all to their teenage beginning.