Living Inside His Head 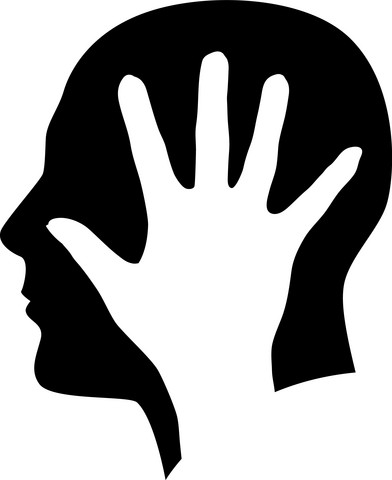 The sight gave Max pause: two men in black clothing plodding toward him in a dark parking lot at two in the morning in Pittsburgh, Pennsylvania—on his birthday. It seemed unlikely, but he considered the possibility that he might have been naïve, or worse, gullible. The earlier call from the desperate Arab sheik who needed a measly $100 in cash in exchange for a $1 million cashier’s check had seemed reasonable to Max. Luckily, he kept that amount of money in his sock drawer at home. Only his brother, Tom, knew of his secret stash.

Arriving earlier at the address specified, Max had marveled at the coincidence. What were the odds? No way could the sheik have known that they were standing within a couple baseballs’ throw of the legendary Forbes Field, home of the Pittsburgh Pirates baseball team, prior to their move to Three Rivers Stadium, and then on to PNC Park in 2001. A dedicated fan, Max knew that it was there, in 1960, that Bill Mazeroski, the Pirates’ talented second baseman, hit the legendary home run that won the World Series against the Yankees—the only Game 7 walk-off home run in history!

As the men drew closer, Max became distracted by the sound of a plane overhead. It was obviously a prop plane, not a jet; he understood the difference. Prop planes had propellers, whereas jets had jet engines. Probably a private plane, he thought. Maybe a small two-seater Cessna, or even a Piper. Max knew these things because he had once taken flying lessons at a local flying club. Unfortunately, he never progressed to the point where his instructor considered him ready to solo.

But, truth be told, Max preferred trains to airplanes. He had had the opportunity to ride one once. Unfortunately, only an hour or two into the trip, motion sickness hit him hard, and his projectile vomiting took out a mother and her newborn who had the misfortune of sitting across from him. Still, his memory of the experience was positive: not only was the mother gracious in her forgiveness for what had occurred, but there was something magical about riding the iron rail that had heralded the expansion and growth of 1800’s America.

Speaking of trains, Max remembered with emotion the wedding of his sister, Margaret. Twelve years younger than his sister’s twenty years at the time, he had been in charge of carrying the wedding train up the aisle (an honor usually reserved for a girl) behind his sister during the wedding march. Waiting for their cue to advance, Margaret and her father had been standing at the rear of the church. To Max’s horror, he watched as his sister’s veil caught fire from an open candle on the adjacent wall.

The ensuing fire soon spread to her hair, and she began to smoke. Still, both sister and father remained oblivious to the growing blaze. In what he personally considered a moment of brilliance, Max gave a mighty tug backward on the train, dragging his sister to the floor, still afire. He then grabbed the fire extinguisher from the wall and hosed her down. None other than the fire chief, who later investigated the accident, commended the eight-year-old for his quick thinking. To Max’s chagrin, in spite of his heroics, in the years to follow the family seemed to shy away from any discussion of Margaret’s wedding.

Max’s mind returned to the present and his current predicament. As he worried that the next thirty seconds might prove to be his last, he recalled that today was not just his birthday. It was Martin Luther King’s birthday as well. Max had always admired the civil rights icon and wished that he had the gumption to do something as important for his people as Dr. King had done. Of course, in Max’s case, “his people” did not have the unique distinction of being black, or even part of another prominent minority. Max’s people were the fans and players for the NFL Pittsburgh Steelers who, on the 14th of January in 2018—one day earlier—had lost their first round game in the playoffs against the Jacksonville Jaguars. The loss had been a devastating blow to Max and his people.

As the men came into closer view, and in light of King’s birthday, Max considered the possibility that they were African American. If so, he planned to yell out the slogan, “Black Lives Matter.” In Max’s mind, that might change the course of the next ten seconds. Unfortunately, as they got closer he realized that neither man was black.

As a show of good faith, Max held out the $100 in cash. The strangers stopped and, to Max’s astonishment, began to smile. They weren’t strangers at all. They were his brother, Tom, and father, James.

Tom felt satisfied, fully aware that his brother had enjoyed the little birthday charade that he had planned for his benefit. Since his birth, all who knew Max realized that he was special—and different. He had the curious ability to be both practical and naïve at the same time. To this day, he had an encyclopedic mind for facts and figures, a respectable job, and lived by himself. But there was something else! “Is it live or is it Memorex?” went the old advertisement starring Ella Fitzgerald when she shattered a glass goblet with her voice.

In Max’s case, you could never be sure whether it had been live or a recording fresh from his inventive mind. Tom remembered that, early on, their parents had taken his younger brother to a psychiatrist who, hesitantly, diagnosed a form of schizophrenia. When pressed, however, he admitted that he wasn’t sure. Max’s case was “unusual,” he said.

The story that Max loved to tell, about how he had saved the day by putting out the fire in his sister’s hair at her wedding, was illuminating. It was a great story; everyone in the family had lived through Max’s joyous recounting a dozen times. The only problem was that it never happened!

Max appreciated the efforts of his family to make him happy, even if some of Tom’s shenanigans took advantage of his naiveté. Max knew that his family and friends often tuned him out, saying that—too often within earshot—“Max is living inside his head again.”

What they say is true, thought Max. Because, he had learned early on that life was much more interesting, exciting, and bearable if he allowed himself to sway back and forth across that boundary, on that edge that separates reality from imagination. That’s where he preferred to exist.