Kudos for How Much? from local newspaper, The Californian 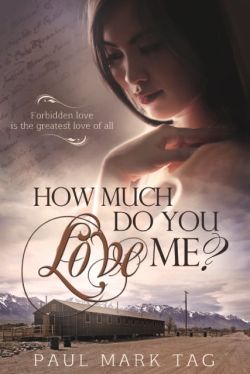 To read review directly from The Californian, please click here.

Local Connection: Since his retirement from the Naval Research Laboratory, Paul Tag has devoted his time to writing. Trained in meteorology, the Monterey Peninsula resident has used his background and a local setting as part of the backdrop for some of his novels. His thrillers include “Category 5,” “Prophecy” and “White Thaw,” plus a collection of short stories.

This latest novel is partially set in Monterey.

Content: When you begin this novel you’ll discover an elderly woman who lies in a Monterey Peninsula hospital room dying as her daughter tries to piece together a puzzle about the family that dates back to the months they spent in the 1940s in internment/relocation camps at Pinedale and then Tule Lake, California.

Keiko Tanaka grew up in Bellevue, Washington before the outbreak of World War II and she married James Armstrong just before he joined the military after war was declared. The cross cultural marriage was unusual at the time but both families were supportive. That didn’t help much when the Tanaka family was sent away to a relocation camp though, after James headed off to boot camp.

It is what happened during their relocation center sojourn that provides the mystery that this story revolves around. After the war Keiko and James eventually settled in Monterey and now, decades later, as her mother lies in a hospital bed, Kazuko, Keiko’s daughter suddenly realizes that a set of missing family photographs hold the key to a perplexing mystery only her aunt apparently is able to unravel.

Not only does “How Much Do You Love Me?” offer a clever plot but it also presents an authentic picture of life in the relocation camps that have been written about by a number of authors. And although it won’t be really obvious until the end of the story, the novel’s title is woven nicely into the narrative and relates to how this romantic tale ends.

Quote: “A month had passed since they and the other Bellevue residents had arrived at the Tule Lake Relocation Center in northern California, ten miles south of the Oregon border. The Tanakas had departed Pinedale on July 16 after more than a seven-week stay at that temporary facility. On the ride north, Keiko swore to Misaki (her twin sister) that they were riding the same train as had brought them south from Washington. She proved it on the afternoon of the second day when she showed Misaki dried remnants of her blood at the base of the metal bench where she had fallen back in May.”

Audience: A total departure in subject matter from the author’s previous novels, “How Much Do You Love Me?” is a sentimental but powerful story of a family and the sacrifices members of the household made for one another. I guarantee you won’t forget these characters and this remarkable tale. This is Paul Mark Tag’s best novel to date. It contains some major surprises and it is well worth reading.

The novel is available online at Amazon or other sites and through the author’s website at paulmarktag.com.