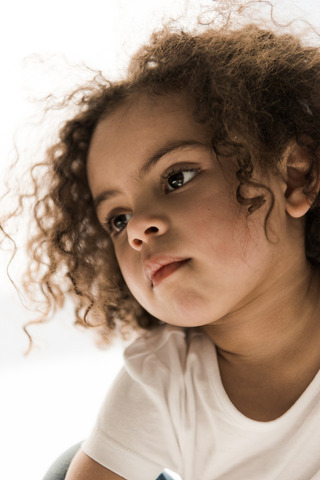 At five years, petite and slender, she saw something more;
she wondered, searched her brain for not having seen it before.
Her cousins, her family, they must have known her history,
so why had they said nothing, to help solve this mystery?

Within seconds, she confronted her parents headstrong,
who promptly confessed that they’d known it all along.
“Happened to notice” when only months old, they said,
nursed by a suspicion when she first lay cooing on her bed.

Then when she started school, others too became aware;
she became self-conscious, always sensing a stare.
But once they became friends, no one noticed any more;
differences were irrelevant, no need to keep score.

As an adult, she could smile at her adoptive parents’ confession
to a young girl who first noticed her differing complexion.
But until that mirror gave up its surprise, the truth that came,
–to Jada, black or white, both shades were one and the same.