Except for the scenes set in Cairo, I’ve personally scouted the geographic locations for all chapters in the book and determined the GPS coordinates using a Magellan Meridian Platinum handheld receiver. Below are Google Earth satellite pictures for most of those sites. For those chapters where you see no images below (e.g., all locations in Johnstown, Pennsylvania), the Google Earth images were too course to be useful. You might try them again in case the imagery has been updated.

Note: to get a larger, blown-up version of each image below, click on the image. 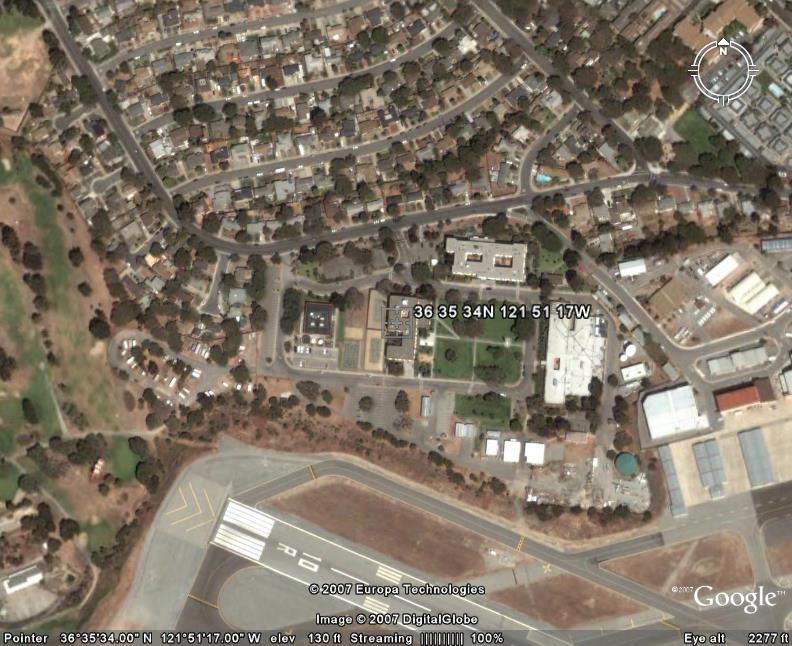 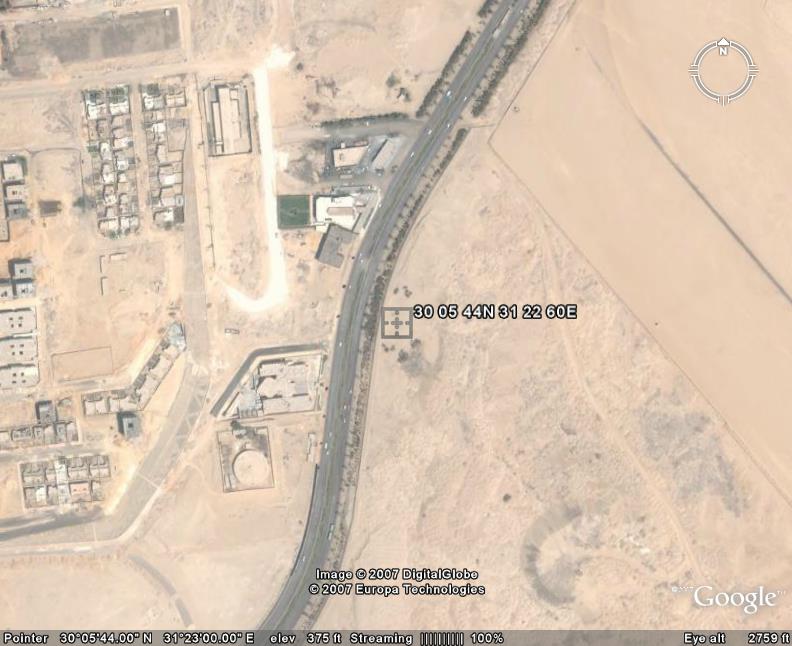 Chapters 5, 28, 51, 56, 57. This location is the imaginary site of the Headquarters for the Blade of the Sinai, where Mohammed Abu Saada has his office. It is located near the Cairo International Airport in Cairo, Egypt. 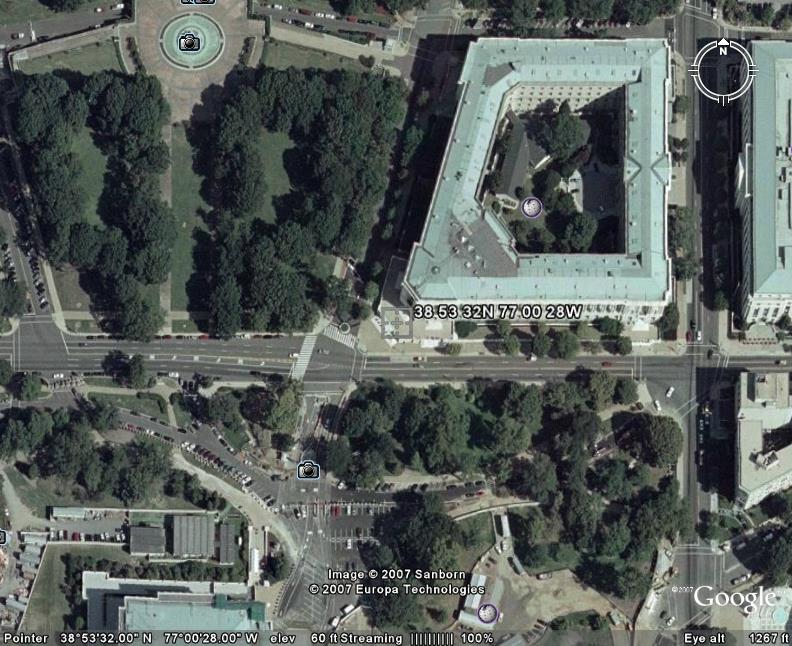 Chapter 10. This location represents an imaginary apartment on Wisconsin Avenue in Washington, DC, where Weaverman is being held hostage. 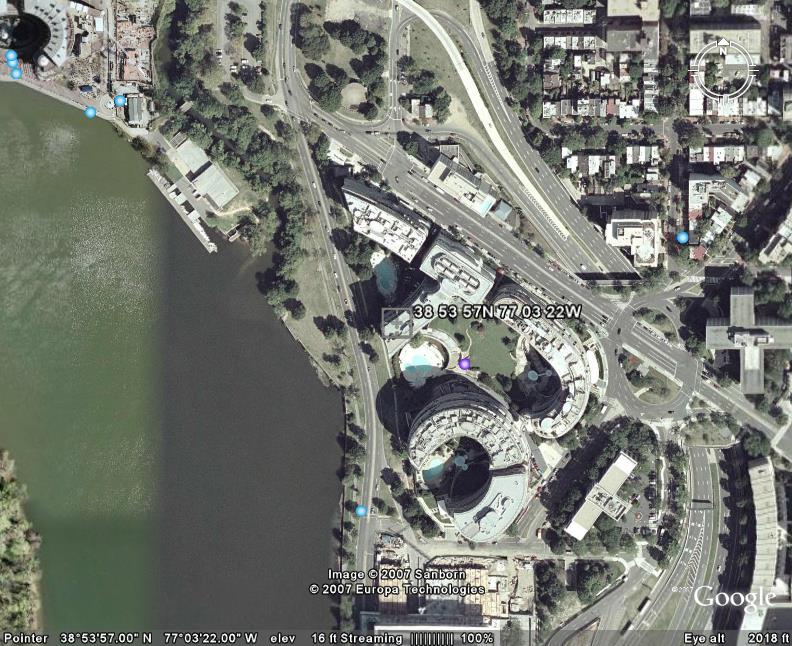 Chapter 11. The Watergate Hotel in Washington, DC, where Thurston and MacDonald have dinner.

Chapters 12 and 14. This photograph shows the location of the imaginary Branding Iron Restaurant in Carmel Valley, California, where Silverstein and Kipling meet up with Jamieson. 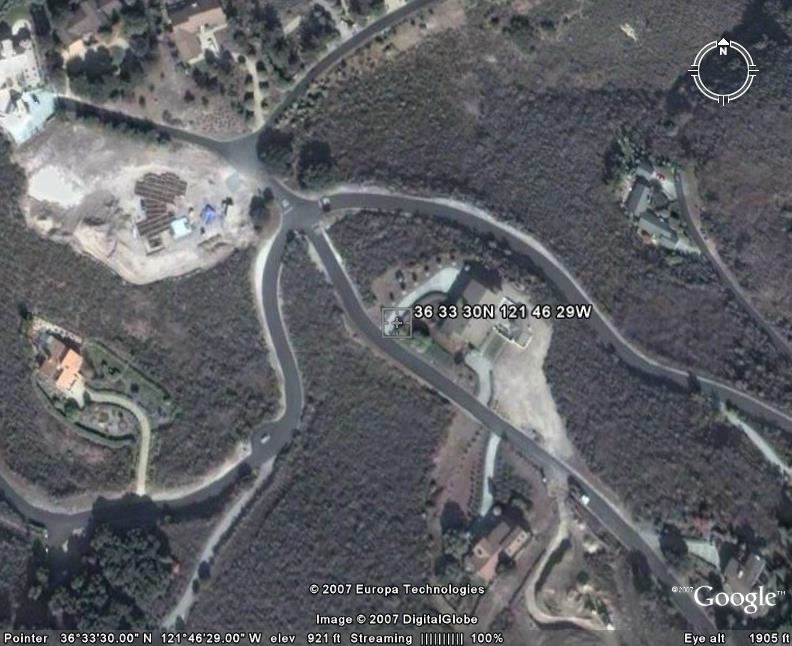 Chapters 15 and 59. This photograph shows where Silverstein lives in the hills above Monterey, California. 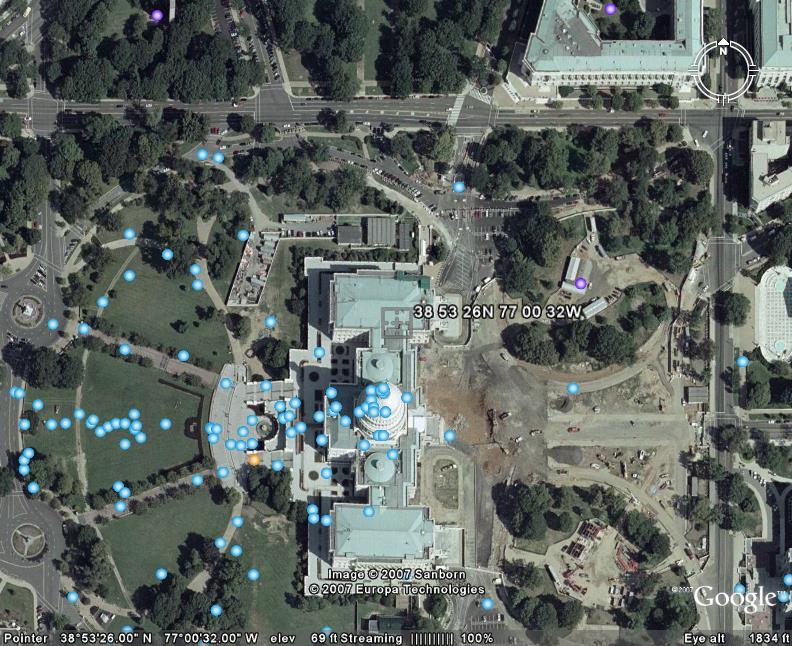 Chapter 24. This photograph is centered on the approximate location of the Senate Dining Room in the U. S. Capitol in Washington, DC, where Senators Thurston and MacDonald are having lunch. 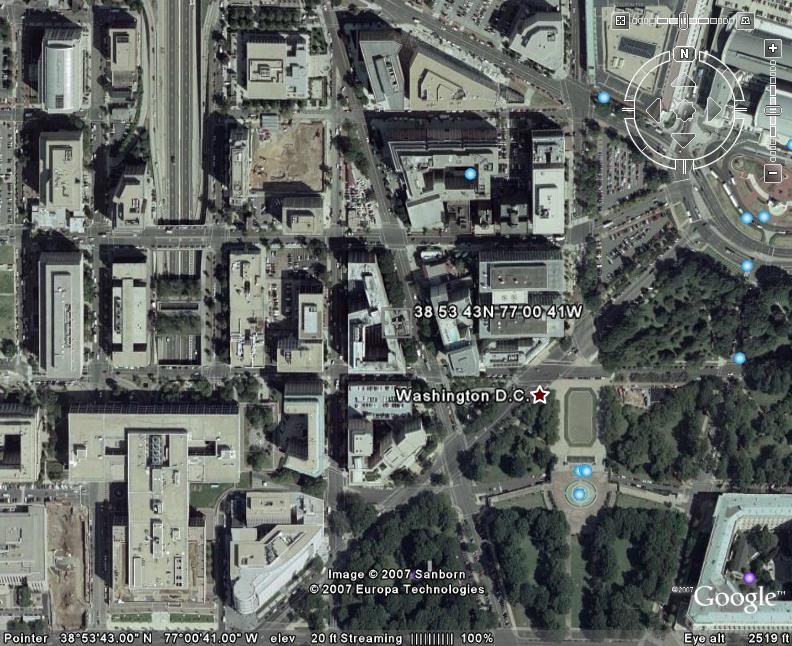 Chapter 29. The Hyatt Regency on Capitol Hill in Washington, DC. 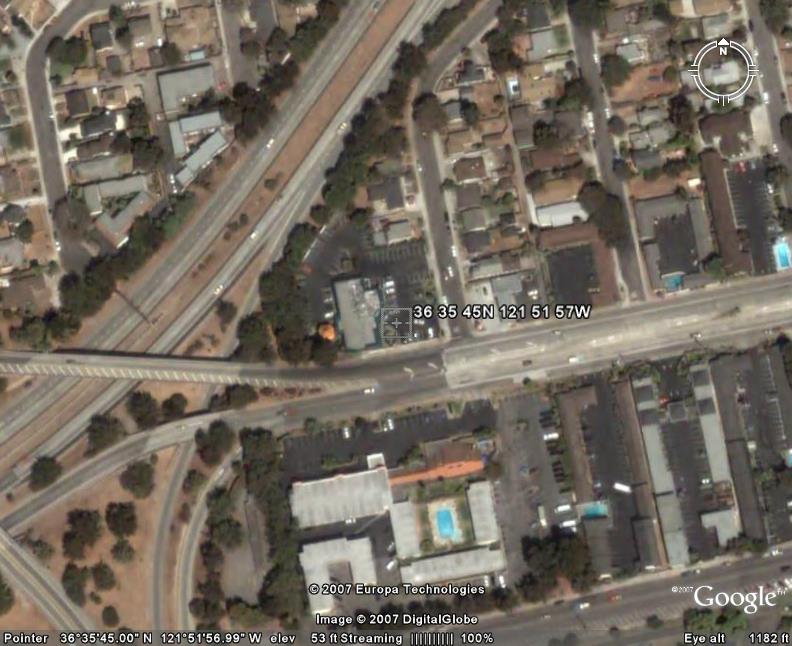 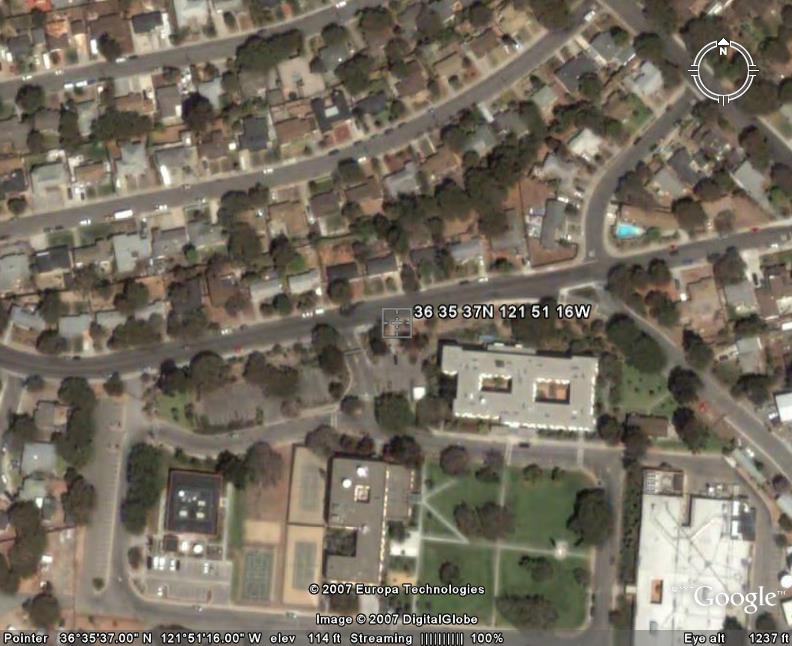 Chapter 31. The street outside the Naval Research Laboratory in Monterey, California, where Silverstein is waiting for Kipling’s return. 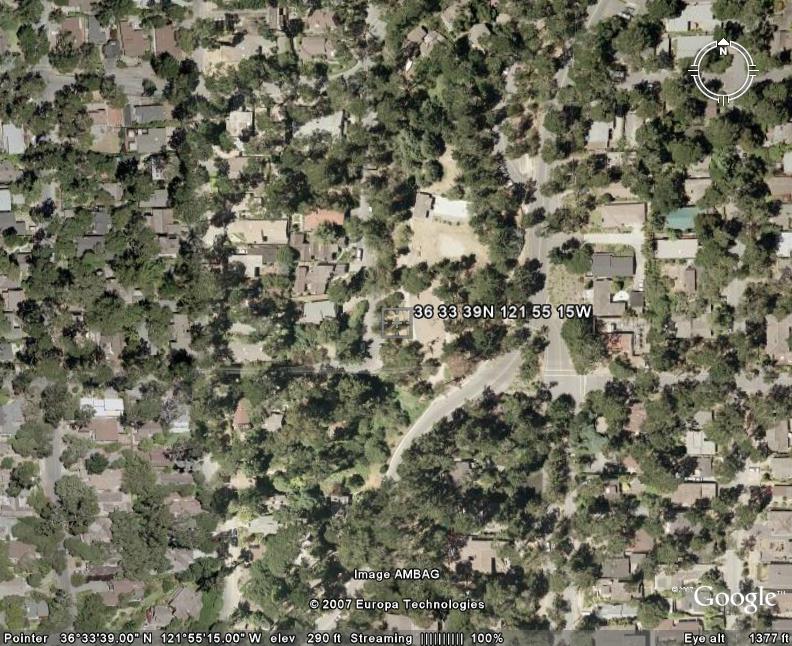 Chapters 37, 40, 41, and 42. The location for the imaginary Carmel Bay Motor Lodge in Carmel, California, where Violet is holding Kipling. 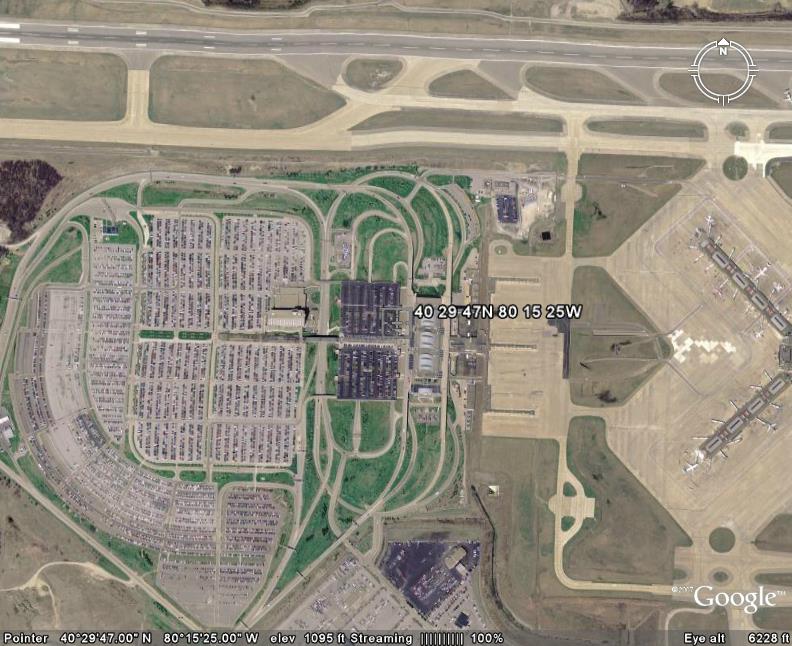 Chapter 39. Rooftop garage at the Pittsburgh International Airport in Pittsburgh, Pennsylvania, where Lopez and Miller are talking. 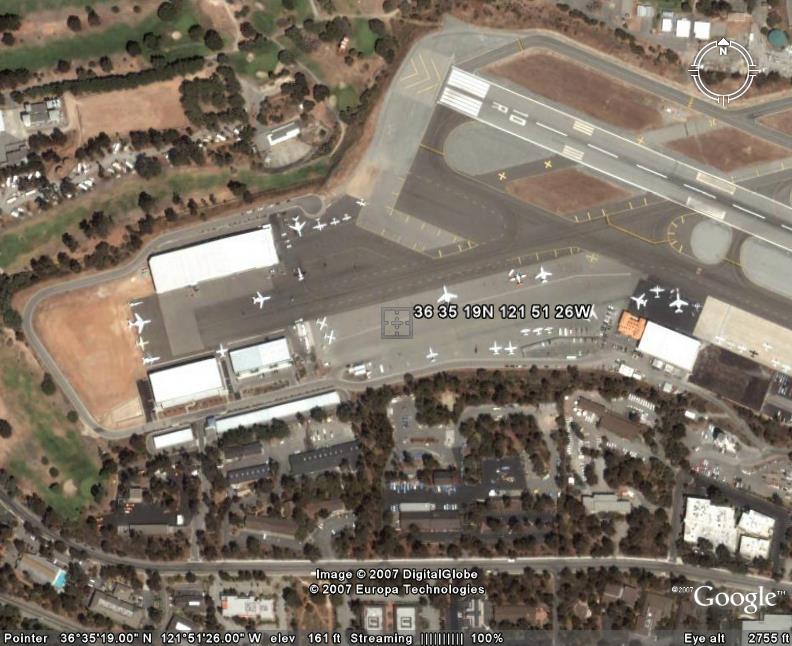 Chapters 40a and 43. The tarmac outside the imaginary Comstock Aviation at the Monterey Peninsula Airport in Monterey, California. 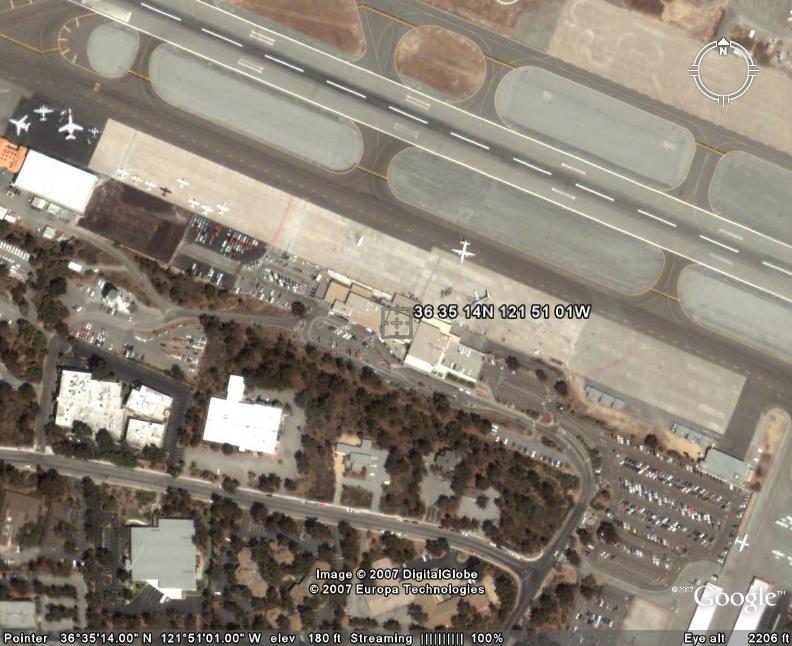 Chapter 40b. Commercial passenger terminal at the Monterey Peninsula Airport in Monterey, California. 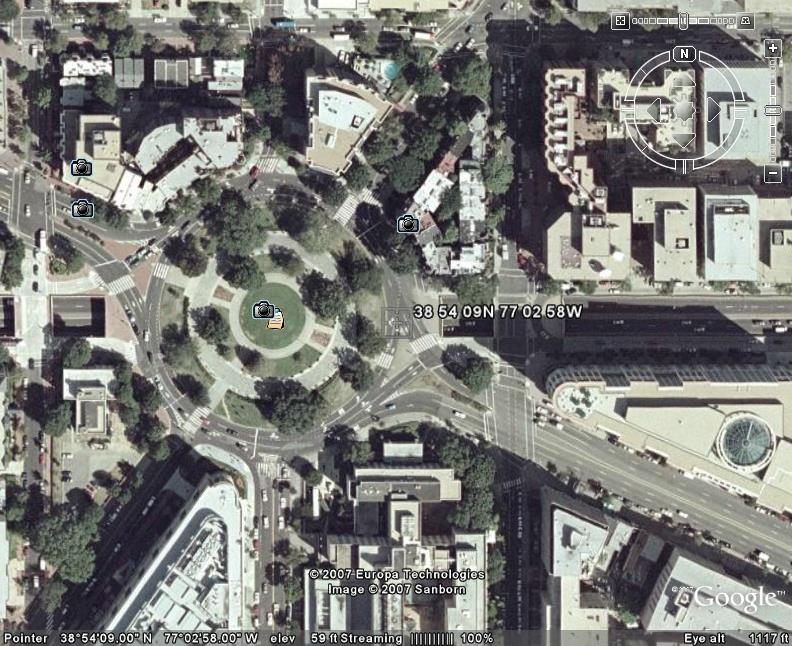 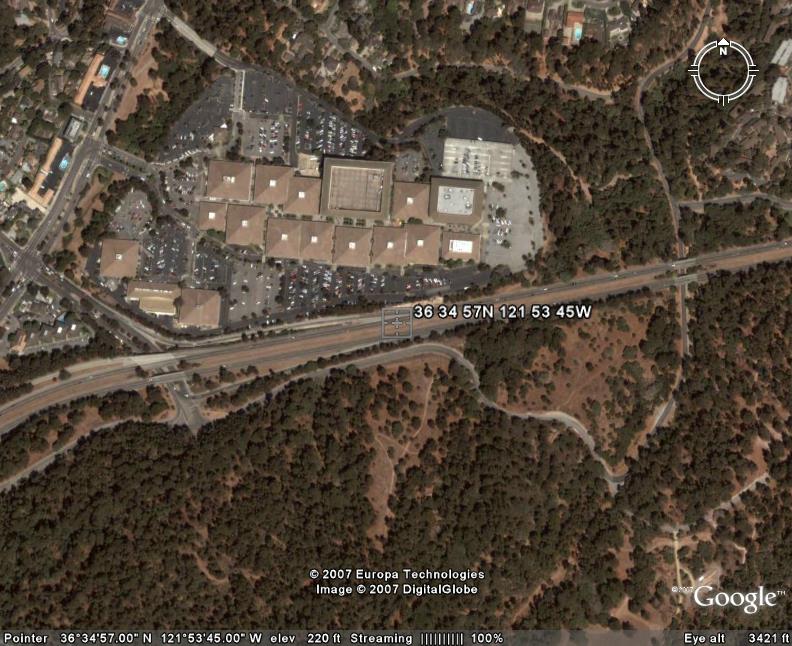 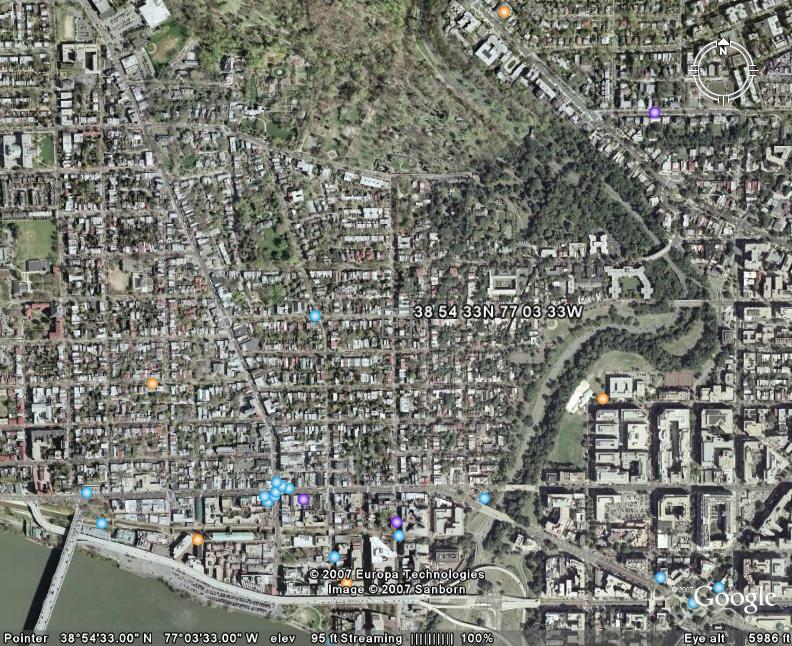 Chapter 44. Location of the imaginary home of Senator Thurston in Georgetown. 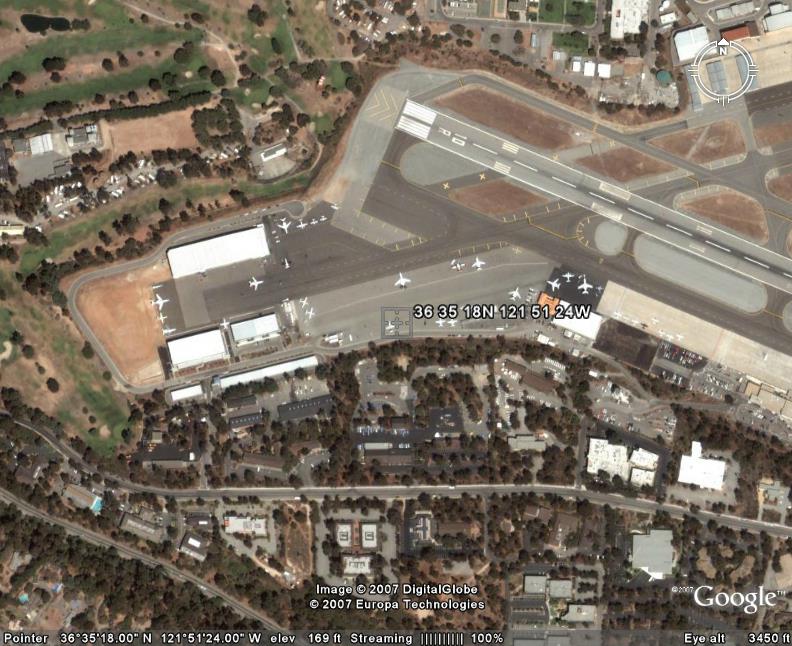 Chapter 45. The imaginary Comstock Aviaton at the Monterey Peninsula Airport in Monterey, California. 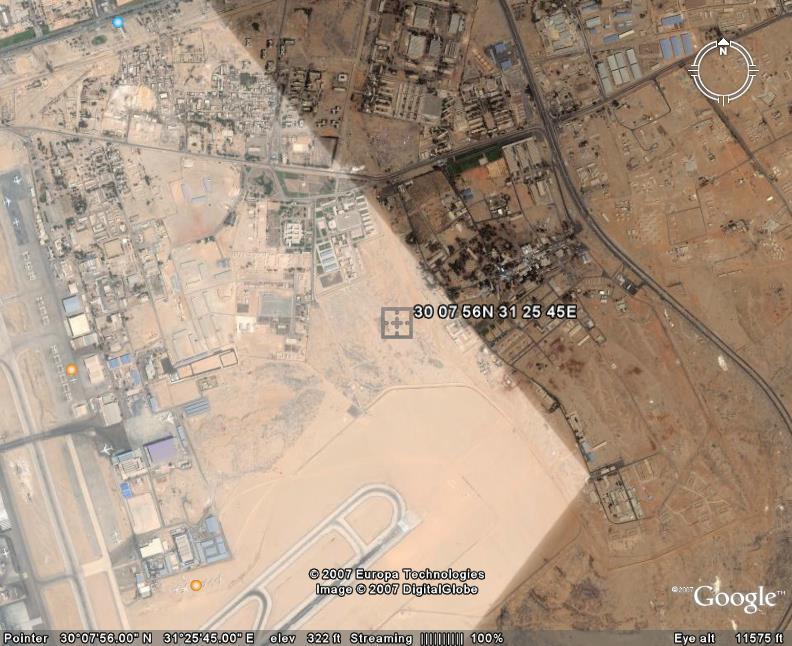 Chapters 46, 49, and 50. The imaginary safe house for the Blade of the Sinai, located near the Cairo International Airport in Cairo, Egypt. 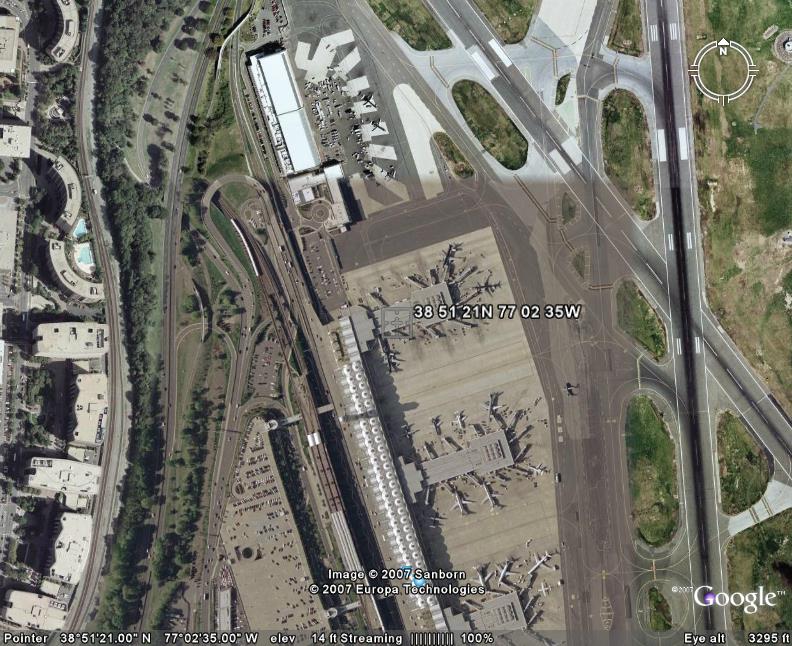 Chapter 58. Jetway at the Reagan National Airport in Washington, DC. 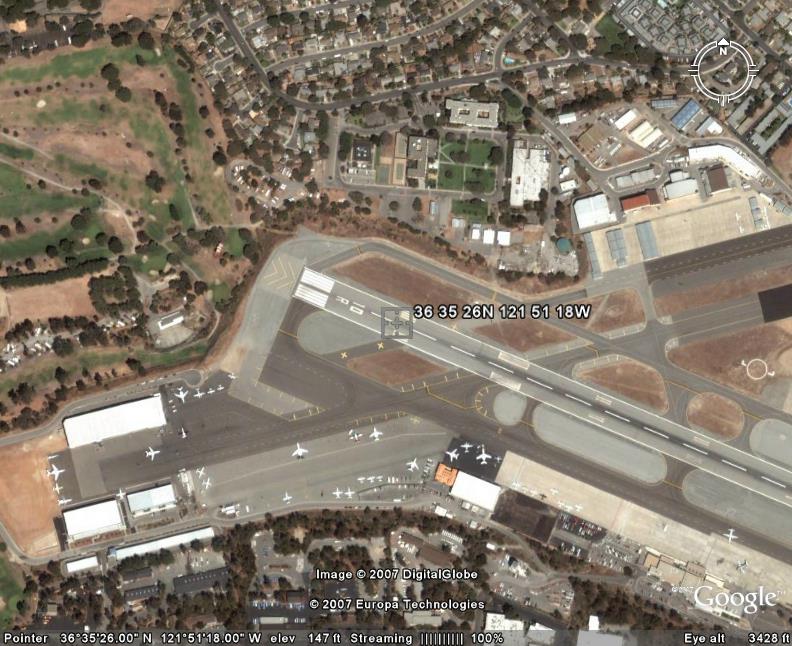