PRESS RELEASE: How Much Do You Love Me? 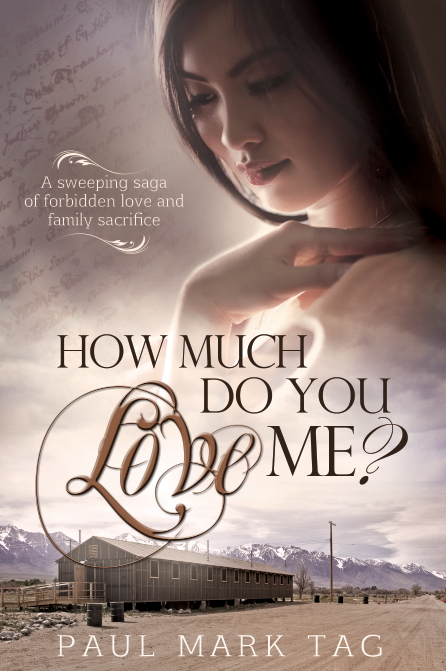 BELLEVUE, WASHINGTON—Keiko Tanaka, along with her twin sister, Misaki, and two other siblings are first generation children of parents who emigrated from Japan in the early 1900s. Born in the US, they are American citizens. Nonetheless, following the bombing of Pearl Harbor by Japan in December of 1941, politicians whip anti-Japanese rhetoric into a frenzy, claiming that anyone who looks Japanese should be suspected of being an enemy agent of the Japanese emperor, Hirohito. Although government officials (including FBI head, J. Edgar Hoover) report no evidence supporting such suspicion, public opinion turns against the Japanese. Consequently, on February 19, 1942, President Roosevelt signs Executive Order No. 9066, sealing the fate of 120,000 West Coast Japanese—including the Tanaka family of Bellevue, Washington—sending them to internment camps.

Prior to the tumult of this anti-Japanese hysteria, Keiko falls in love with a Caucasian, James Armstrong. Contrary to their families’ wishes, they decide to marry before Keiko leaves for the camps and James goes to war. At Tule Lake, the Tanaka’s internment camp in northern California, Keiko’s and James’s daughter, Kazuko, is born.

Nearly sixty years later, Keiko has a stroke and lies near death, while James suffers from Alzheimer’s. Coincidentally, a chance occurrence makes Kazuko suspect that her mother has been hiding a secret from the internment. Fighting the clock before her mother’s death, she races to unearth the mystery.

What she uncovers represents nothing short of the epitome of human love and self-sacrifice. But, beyond Kazuko’s realization, only the reader knows that is only half the story.

Paul Mark Tag received multiple degrees in meteorology from Pennsylvania State University. He worked for the Naval Research Laboratory as a research scientist for over thirty years before leaving to write fiction full-time. His debut novel, Category 5, took advantage of his knowledge of meteorology and weather modification. The sequel, Prophecy, delved into genetics and the genome. White Thaw: The Helheim Conspiracy, the third in this thriller series, tackles global climate change. The author has switched genres with his historical novel, How Much Do You Love Me? He lives with his wife, Becky, in Monterey, California.